through the German Shepherd Dog Club of Australia

Also Novice Dog of the Year Queensland with the Castastar trophy 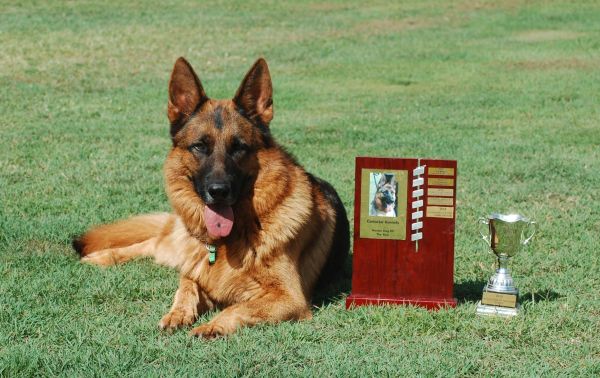 ANOTHER ONE GETS THEIR Endurance Test (E.T.) title 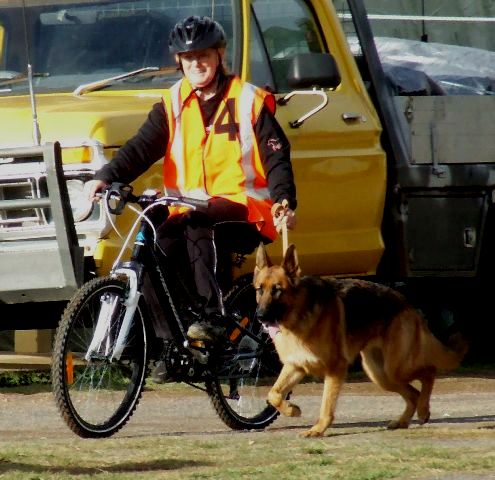 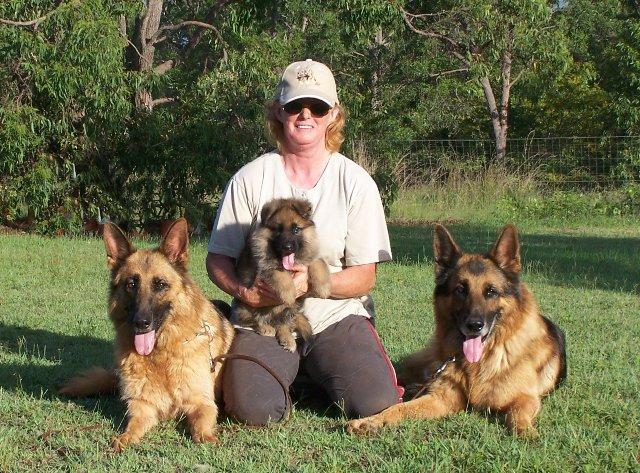 My parents had Alsatians (as they were referred to in the olden days) back in Britain when I was only a child before moving to Australia and unfortunately the one we had in Britain was not allowed to come with us because of the Import Ban into Australia in those days.  That was a very difficult time for my parents having to leave her behind.

Eventually my parents just had to get another one in Australia and there it all began.  Mum and Dad "dragging us kids along" to dog shows where of course we eventually got "the bug" and after all it was in the blood.  I was allowed to own my very first German Shepherd in the 60's and loved the obedience side of things rather than the showing so did obedience with her and actually took her through to CD which was a thrill for me only being very young in those days.

Masterton Kennels was registered as a kennel name back in the 70's when along with my mother and sister the kennel name was decided after numerous rejections of other name choices by the NSWCCC.  On our 24th attempt the NSWCCC allowed us the name of "Masterton" which my Dad had picked after Steve Masterton had just won a major car race.  It was a case of we needed one more name for our list so we just threw it in and bingo we were allowed that one.  When my parents and I moved up to Queensland in the 80's the kennel name was transferred into my name.

In 1985 we moved to Childers in Queensland.  What a beautiful countryside it was when seen for the first time.  There had been plenty of rain and everything was green.  It isn't always nice and green because there is never enough rain to maintain the lovely land.  This is what it looks like from above. 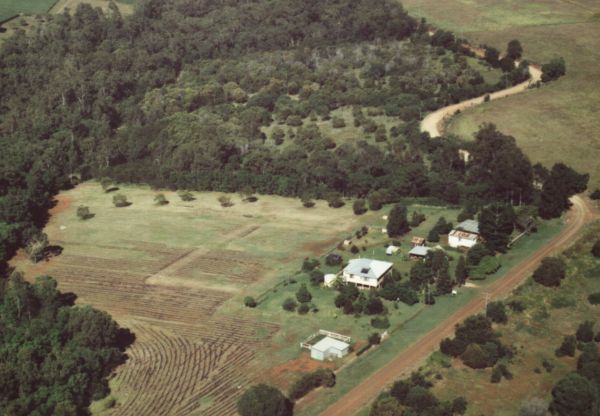 All puppies that are kept get campaigned in the show ring with the hope that they have the goods to become Australian Champions.  Numerous animals have achieved their Australian Championship titles with the most prestigious one being Crossfire Claim To Fame "Trapper" who became an Australian GRAND Champion.  Trapper actually being bred by my sister and was kindly given to me as a present.  What a wonderful gift.   All breeding stock have been x-rayed for hips and elbows and I have received the Gold Medal from the German Shepherd Club of Australia for breeding over 50 animals that have achieved their pass for hips.  Click here to view my page to the Masterton Hip results. 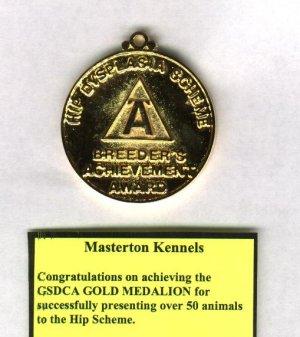 I am very pleased you visited my website, please feel free to come back again.